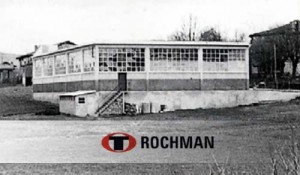 ULMA Conveyor Components was founded in 1958 by a group of 17 workers that agreed on creating a company within a cooperative system, originally called Cooperativa Industrial de Ochandiano.

The cooperative, under the name of ROCHMAN, S. Coop., was created by the first work communities established in the Otxandio region. It was officially registered with the Ministry of Labour, and little by little acquired full legal existence. It began its activities in December of 1958, providing general mechanical auxiliary and tool welding services.

The primary motivation that led to this interest came from the existence of only one industrial company in the Otxandio region at that time, which was not able to respond to the local employment needs, which had been subject to a mindset change from a rural to an industrial one. To bring together the necessary financial resources for the onset of activity, they turned to a contribution of 50,000 pesetas from each associate, as well as refundable contributions of a minimum of 5,000 pesetas from village neighbours.