PERUMIN is one of the largest mining industry fairs in South America. It is held in Arequipa, Peru. The figures speak for themselves; 16 countries represented more than 1,600 stands and around 68,000 visitors over the 5 days of the fair.

ULMA Conveyor Components was represented by its entire sales team, presenting a range of products, with special emphasis on the recently released monitored pulleys system, which was very well received and stimulated considerable interest among attendees.

Around 200 visitors visited the ULMA stand, including current customers and new contacts, mostly related to the copper mining industry in Peru, but also to other countries such as Chile. The visits were also from a wide range of mining operations – Antapaccay, Bambas, Cerro verde, Southern Perú, Antamina, Mina Shougang, Vale Miski, Tisur, etc. 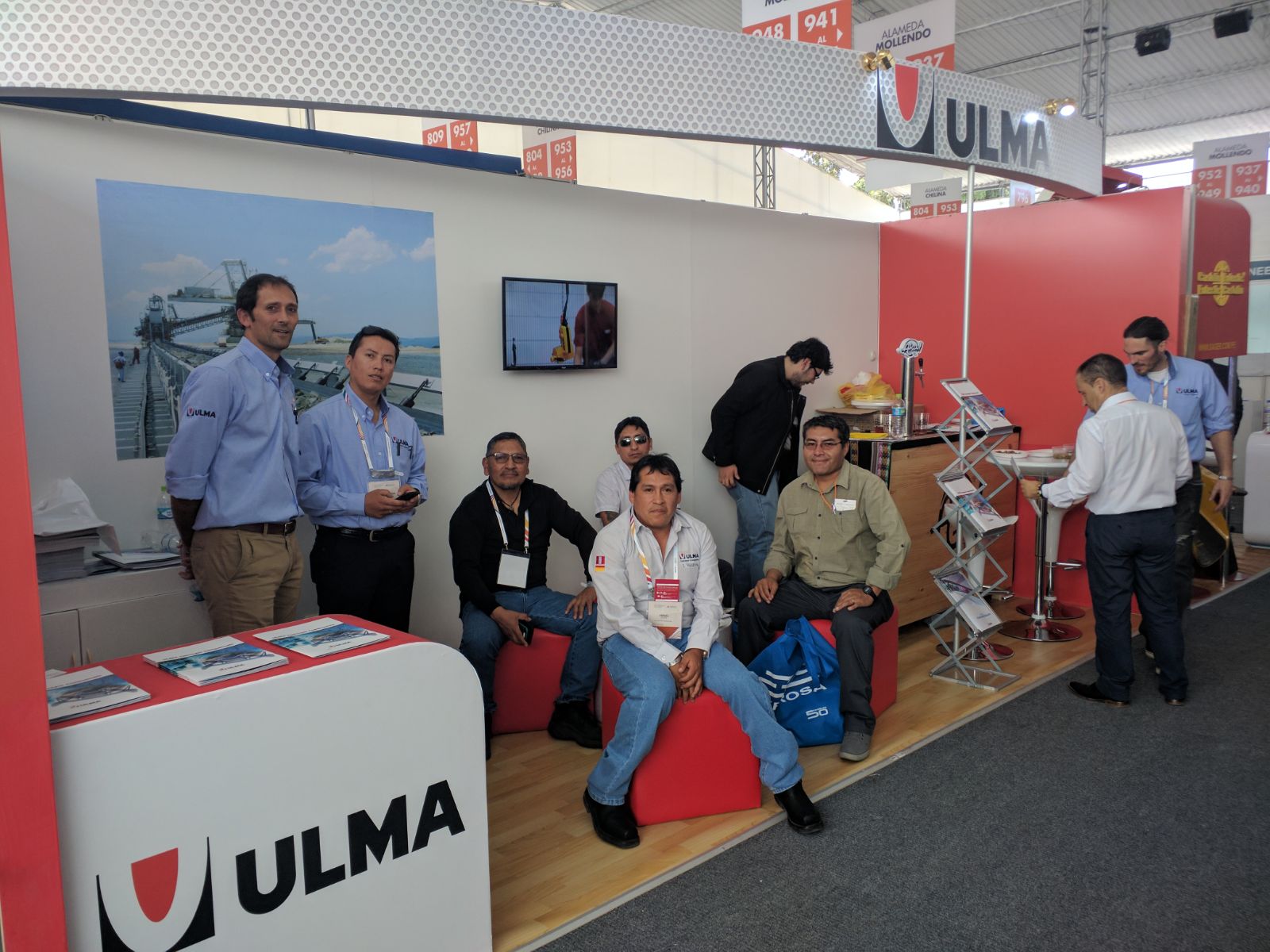